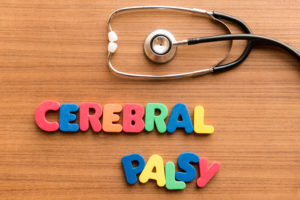 When people talk about cerebral palsy diagnosis’ and birth injury statistics in general, they lament the pain, suffering, and overall negative aspects of the condition. Fortunately, that’s not always the case. In what will likely be the most uplifting story you hear about a person with a cerebral palsy diagnosis for some time, two brothers recently completed a 111-mile walk across Michigan.

According to Fox 2 Detroit, Hunter and Braden Gandee completed their trek, which they dubbed the Cerebral Palsy Swagger, on Monday in front of a big crowd. Hunter, the older brother, carried his younger brother Braden on his back for over 100 miles. He didn’t carry him the whole trip, though. Instead, Braden got down and crossed the finish line on his own two feet, despite the fact that cerebral palsy symptoms can make mobility extremely difficult.

Birth injury rates reveal that a cerebral palsy diagnosis is one of the most common birth injuries for babies. Overall, approximately seven out of every 1,000 babies born in the U.S. will suffer a birth injury, which works out to about 28,000 a year or three every hour. Cerebral palsy diagnosis is the most common motor disorder found among children and can often be the result of medical malpractice/negligence during the birthing process.

This event wasn’t about placing blame or the negative aspects of the condition. It was not only about raising awareness but showing people what others are capable of on a variety of levels.

“The symbolism at the end there where, he had carried his brother so far and now he’s walking, this last end he walked on his own,” said Lt. Governor Brian Calley. “It’s an inspiration, a reminder to everybody not to just see somebody and see disability, but to see potential and ability.”